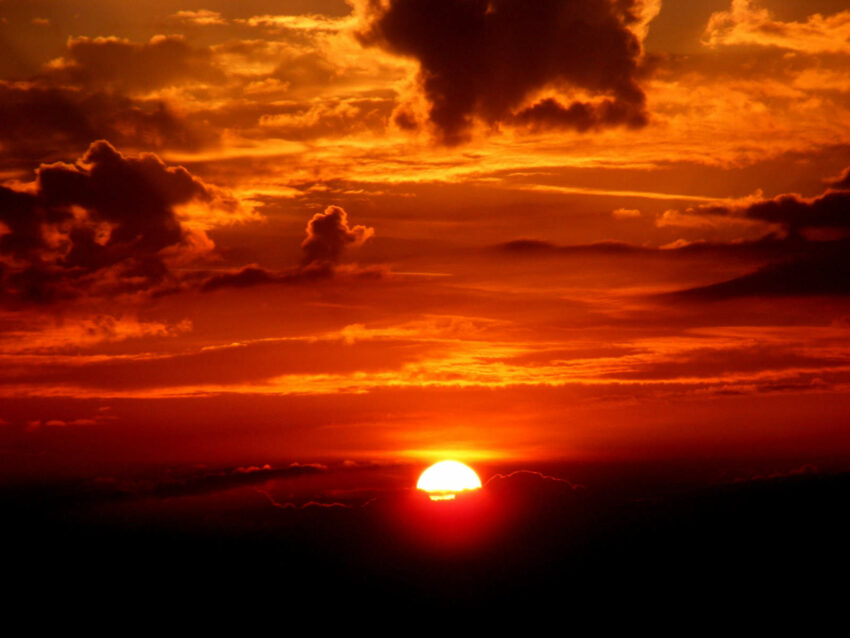 “Summertime!  How lovely it was out in the country, with the wheat standing yellow, the oats green, and the hay all stacked down in the grassy meadows! And there went the stork on his long red legs, chattering away in Egyptian…” Tales by Hans Christian Andersen

The Summer Solstice. Midsummer, that’s what is happening. On Tuesday, June 21, 2022 at 2:13 am PDT, Summer begins in the Northern Hemisphere, and with it come some strange goings-on. In far northern lands, the Sun will barely set below the horizon today. All night long the sky is going to glow with a kind of eerie half-light. The Danes call these the bright nights. Around the North Pole, the land of the midnight Sun, the Sun will not set at all.

But there’s more to it than this. In the old days, Midsummer especially marked the passage of time – the year was half over – and as our ancestors watched the roses bloom and the corn ripen and looked ahead towards the harvest and the coming of Winter, they allowed reality to loosen its grip for one brief moment.

Midsummer’s Eve was a magical and uncanny time when fairy people were believed to be about on peculiar errands, and the fields practically glowed with the spirits that walked abroad in them. Great bonfires were lit in the hills and on copse-covered Bronze Age grave mounds, and even the morning dew was believed to cure itching and other ills if you rolled around in it au naturel.

In even earlier times, the beliefs and practices were more sinister. The fields were thought to be teeming with bad spirits all bent on sabotaging the crop. Witches and animals who might be harboring these spirits were burnt in cages made of wicker. The Druids seemed to be particularly fond of this, according to Caesar.

But, by medieval times, the witches burnt on Midsummer’s Eve were merely dolls of straw, tossed by gleeful children into bonfires, young lovers jumped through blazing torches of fire to keep themselves safe from ill-luck, fleas, and witches, and a young girl might be lucky enough to see her future bridegroom should she walk twelve times round the church without stopping (especially if she loudly publicized her doings well in advance).

Other practices arose, too, some more practical than others. In rural England and Scotland still, Midsummer is a Quarter day (along with the Winter Solstice and the Equinoxes) when rents and the Midsummer Tithes are due for the right to graze on the ‘common lands’, and agricultural tenancies are begun or ended. The Quit-Rents paid on this day (nominal or symbolic rents paid to preserve the overlord’s technical title to a property while turning its use over to another) are paid in red roses (see The Moon , p.1) in several communities in England still, a tradition dating back to at least 1381AD when the Lord Mayor of London extracted such a payment for a footbridge over Seething Street (from one Sir Robert Knollys for his service in defending London against Wat Tyler’s rebels). It is still paid this way, although the footbridge has long since disappeared.

Of course, most of this is forgotten today.  The only thing grazing on the “common lands” in this country are the city-slickers in our national parks, and most of them couldn’t spell ‘Solstice’, let alone know what it means. But, while some things have changed, others have not. These are the longest days of the year. At Midsummer, the Sun will still rise at its farthest point North of due East, reach its highest point in the sky around noon, set at its farthest point North of due West, and then begin its relentless march south of the Equator. The long, hot and lazy days of Summer stretch ahead of us, just as they always have.

The Moon is Full